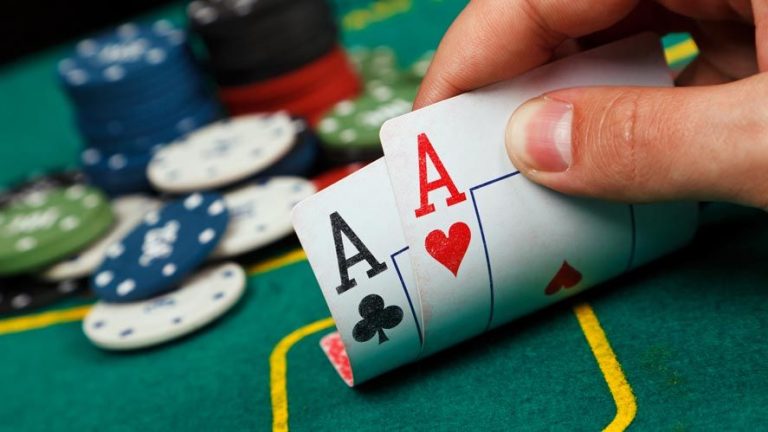 There’s a lot of money in poker tournaments. Where else can you win upwards of $5,000 off of an investment of a couple bucks?  The potential to win lots of money from a small investment attracts both the sharks and the donkeys to the virtual felt and for the most part, they use the same tired bag of tricks.

They steal from late position, they re-steal from the blinds and they bet scare cards. But winning players should have a lot more moves in their arsenal.  Here are 4 of the most underused tournament moves you can to add to your game.

The limp/stab is a blind vs. blind move. The small blind limps to complete with the intention of betting small on any flop if the big blind just checked behind preflop.

This move is usually used when the blinds are high and the big blind would have to commit a decent amount of chips to raise you on a steal.

The limp/stab is most effective against tight opponents who will give up if they don’t connect with the flop and it’s especially effective if you’ve been aggressive recently since the big blind may wonder if you’re setting a trap. It’s a good move to mix in with your blind steals.

Let’s say you’re in the big blind with JTs and it folds around to the button who raises. The button has been a very active and aggressive player and you know he steals with a wide range. You also know he’s a smart player. The standard move would be to 3-bet here to steal but a smart player would be aware of the standard move and could flat the 3-bet to force you into a tough post-flop spot. You can turn the tables on him by using a post-flop re-steal.

Instead of 3-betting pre-flop, you flat from the big blind with the intention of check raising a lot of flops. For example, you could check/raise a flop like J36 rainbow. Your opponent will bet this dry flop with 100% of his range though he’ll very rarely hit it.  Very few opponents have the stones to continue with air when they get flatted pre-flop and check/raised on the flop.

Strong players attack button limps because they’re weak. You can use that fact against them by occasionally limping the button with mid-high suited connectors and monsters like AA/KK. A strong player in the blinds may attack your limp and you can flat call and force him to play a bloated pot out of position.

Limping the button all the time is weak, but occasionally limping the button with a range like 9Ts+ TT+ will make you much tougher to read and your opponents will think twice about attacking you when you show weakness. Just make sure you only use this move against a strong opponent in the blinds.  If you’re up against weak players, just raise and pound their blinds.

The non all-in all-in is a psychological trick  It makes it look like you’re trapping with a big hand and gives the illusion of the threat of additional bets. Here’s an example:

The blinds are 100/200 and you’re in the cutoff with 2200 chips. You look down at ATs. The standard move is to push all-in, but instead you raise to 1200 chips. Your raise essentially puts you all-in since you’ll never fold to a re-raise and you’re pot-committed to any flop. Here’s what your opponents will think:

You’ll put doubt in your opponent’s mind and that doubt will earn you a couple more folds than if you simply shoved.

These four moves are just a small sample of the moves available to tournament players. Break out of the same old standard plays and add a little creativity to your game. It’ll make you a tougher opponent and increase your win rate.